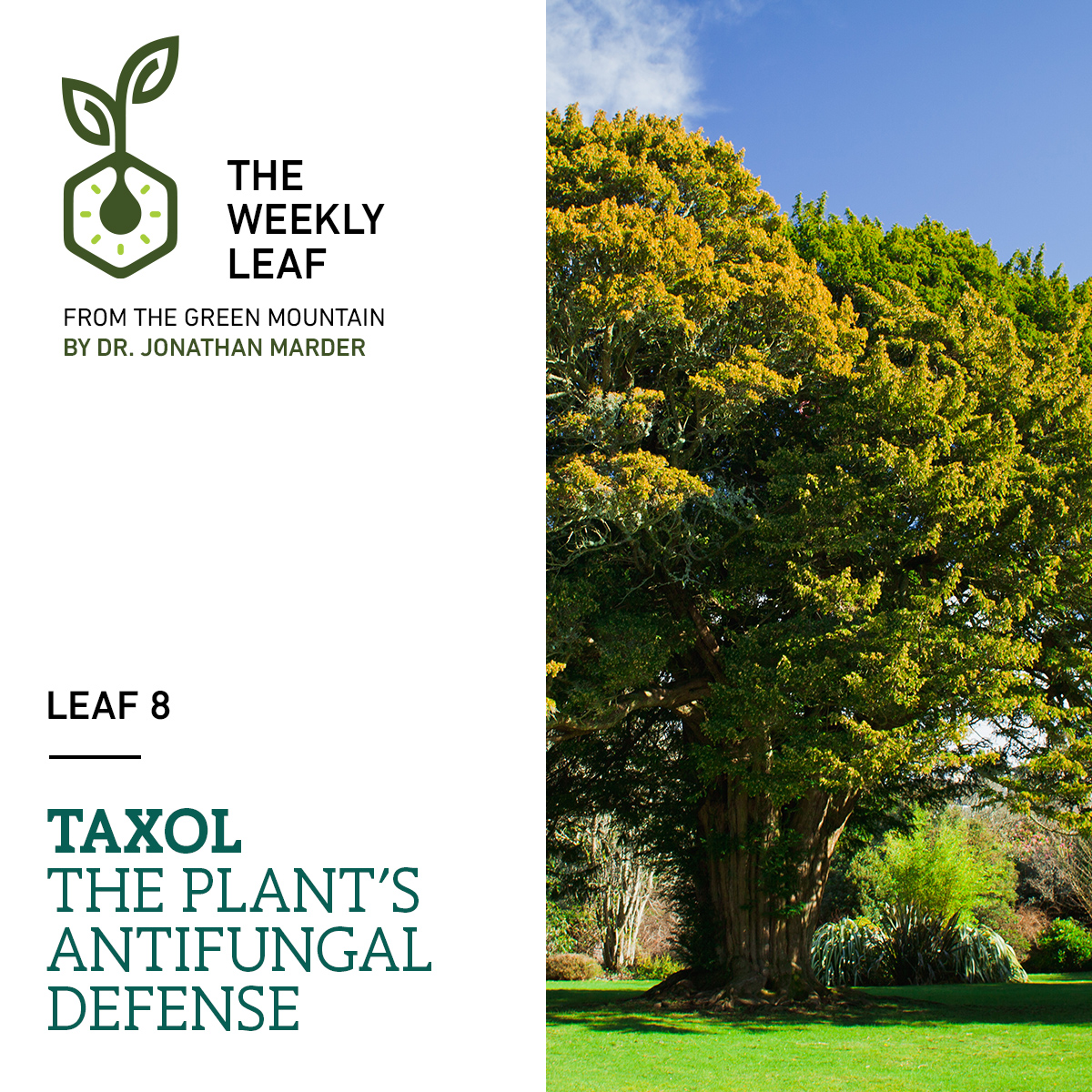 #Taxol® is its Bristol-Myers Squibb tradename for a chemotherapy drug that at is known generically as #paclitaxel.This phytochemical was first discovered in Pacific yew trees (Taxus brevifolia) and is now used to treat several types of cancer.It is one of the many phenolic molecules synthesized with the precursors used by plants to make #lignin. Yew trees can live for several centuries, even millennia, but they suffer from cracking of the bark when buds lying below break dormancy and sprout through to produce new branches.The cracks expose the #phloem, the vascular inner layer of bark that contains nutrient rich sap, making them an attractive target for wood-rotting #fungi.Paclitaxel is the trees’ natural #fungicide, stopping fungal growth by interfering with the reorganization of #microtubules that is an obligatory step in cell division (#mitosis). Cancer is a disease where certain cells multiply out of control. Taxol/paclitaxel curtails the growth because it does the same thing to cancer cells as it does to fungi – disrupting microtubule reorganization and thereby stopping cell division.Because the taxol molecule acts against the fastest-dividing cells, it is selective towards the fungi (in trees) and cancer (in humans). The side-effects that taxol patients suffer is because non-cancer cells are also affected, albeit to a reduced extent; fortunately the side effects tend to be short-lived.  Taxol is one of the big success stories of modern phytomedicine, going from the first isolation of the paclitaxel molecule in 1971 to approval for medical use in 1993. It is now one of the most-commonly used chemotherapy drugs, particularly for treating breast cancer. As the treatment caught on, it soon became clear that the original source, Pacific yew-tree bark, could not sustain the demand. Today, most paclitaxel is produced in plant-cell culture, providing a secure, sustainable source of this valuable phytomedicine and a happy ending for the yew trees. Green Mountain BiotechJonathan MarderYonit BomsteinSorina HerscoviciRenana PatokaSources: “Taxol.” Wikipedia, Wikimedia Foundation, 15 Nov 2021, https://lnkd.in/dXhMzCtwSuccess story: Taxol. NIH National Cancer Institute https://lnkd.in/davBCvbH